Manchester, UK — December 3, 2015 — Rick Giolito today speaks about his experience going from AAA console titles to developing his first casual mobile title as Studio Head of 360 Studios, producing its first mobile title, MMA Federation™. Giolito is well known in the games industry for being a legendary Executive Producer and recipient of five AIAS (Academy of Interactive Arts and Sciences) Awards, including Sports Game of the Year and the First-Person Shooter of the Year award for Knockout Kings™ and Medal of Honor™.

“I made my career by creating visceral, authentic, cinematic experiences and now I’m taking that same passion to the mobile game space with 360 Studio’s MMA Federation™” says Giolito.

MMA Federation™ is a real time, Mixed Martial Arts mobile strategy fighting game in which players compete against friends and opponents, world-wide. It includes a deep career mode,  authentic promoter events and global tournaments. Players join real MMA teams from around the world, improve their skills by mastering a multitude of martial arts disciplines and  customize their fighters with genuine MMA gear. In 360 Studios’  quest to create the most authentic MMA game possible, Giolito was reminded of his work on Knockout Kings™ for EA:
“Mixed Martial Arts is similar to Boxing in that there is no governing body,” Giolito explains. “Games based on traditional leagues such as Football, Baseball or Soccer have licensing partners such as the NFL, MLB or FIFA. Typically, these bodies expect  strict simulations of the sport. The lack of a governing body and the game approval rights they hold leaves us free to stretch boundaries in terms of look, feel and gameplay, and allows us to create a game with much broader appeal.  There’s simply more freedom in both style and expression and we take advantage of that with MMA Federation™.”

This freedom allowed Giolito to build on his past experiences and create a fighting game that combines the best of both the AAA and mobile worlds:

“To be honest, I took a hard look at the recipe I used to create EASports’ Knockout Kings™ and updated it to a new platform and new time,” says Giolito. “Mobile games didn’t exist when I made KO Kings but the fundamentals remain the same. Create a highly addictive, easy to play and fun fighting experience. Have an artistic style rooted in authenticity that appeals to gamers outside of the strict simulation seekers. Allow players to go head-to-head in real time and pile on the rewards. This is a AAA game all the way. The quality of the assets and the experience is second to none. I’m so proud of the work we’ve done at 360 Studios.”

MMA Federation™ is made for mobile and tablets and is available for download on Google Play™ and Apple App Store℠ in Canada. The game will be launched in the USA, UK, New Zealand, Australia, South Africa, Sweden, Norway, Denmark and Finland on January 14th.

This looks like it’s going to be a really cool game! Can’t wait to see the final product in January. Stay tuned! 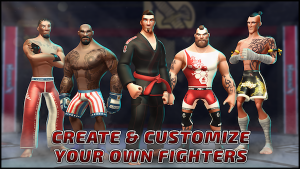 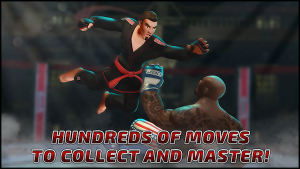